A completely extraordinary book, unlike anything I have read before. At once modest in tone and vast in scale and ambition, it extends in all directions, delicately wrought, precise, unfaltering, lucid and strange as a dream. I haven’t felt so excited about an investigation into place since I first read [W. G. Sebald's] The Rings of Saturn. Like Sebald, Sherman is concerned with war, brutality, nostalgia and loss, but her search for the meaning of time is also radiant and absolutely humane.

Author, Crudo and The Lonely City 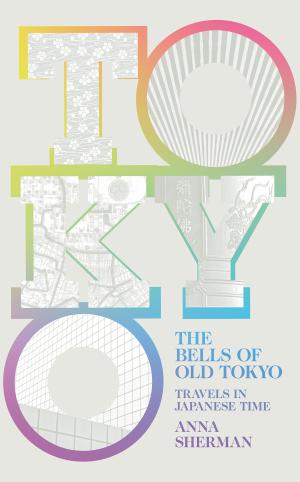 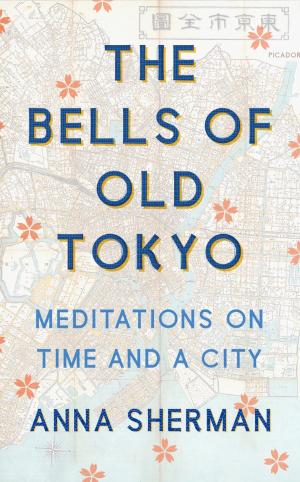 ‘Tokyo’s past, although often physically erased by fires or constant demolition and construction in a nation that prizes change and modernization – is movingly excavated and evoked in this unusual book.’

‘A moving meditation on the city through historical events and physical places, threaded by the quest to trace Edo’s now mostly forgotten hour-tolling bells… In contemplating the nature of time, Sherman rises above facile stereotypes about ‘East’ and ‘West.’’

‘Sherman’s is a special book... A gift... A masterpiece. Sherman’s Tokyo... is mesmerising and brimming with life.’

‘A reading treasure... A work of literary art... Magnificent both in its content and in the exquisite, lyrical writing of its author’

‘A haunting, beautiful debut travel narrative... The Bells of Old Tokyo is ambitious... And it succeeds’

‘A staggering reassembling of an ancient city turned neon metropolis… Fascinating... Engrossing… An exceptional and exceptionally original piece of writing.’

‘A fascinating portrait of a city and its people, epic and intimate at the same time’

‘Sherman’s writing is elegant and accessible, and the story of Tokyo quickly becomes the story of time itself’

‘THE BELLS OF OLD TOKYO is part personal memoir, part cultural history, but wholly unique. The fragile, fragmentary poetry of its prose so beautifully captures the transience of Tokyo time, the constant cycle of destruction and reconstruction, and the nostalgia for that which has been lost and yet wonder at all that remains to be found. It is the best book I have read about Tokyo written this century, and deserves to take its place alongside the works of Donald Richie, Edward Seidensticker and Paul Waley as one of the great interpretations of this great city.’

‘A tour-de-force mapping, in four-dimensions, of the amazing place we call ‘Tokyo.’ I realized I barely know the city.’

Oxford University Professor of Japanese Linguistics. Author, A History of the Japanese Language

‘Anna Sherman’s beautifully written evocation of Tokyo resembles no other. Her purposeful roaming, ever grounded by her beloved Daibo Coffee Shop (now gone) in Aoyama, took her to places few visitors have heard of and to people few will ever meet. This is no history or guidebook. It is a meditation, a prose poem on the city and time.’

translator, The Tale of Genji

‘A poetic historical exploration of Japan's immense capital city by an American-born author who moved to Japan to learn the language and was inspired by composer Yoshimura Hiroshi's book Edo's Bells of Time. Living and working in Tokyo for some years as an editor for Hong Kong University Press inspired Sherman, who was born in Arkansas, to create this spiritual memoir, which weaves between personal storytelling of her time there and oral and mythical histories of the old neighborhoods of Tokyo. In the era of the shogunate, before the 19th-century missionaries brought the first clocks, Tokyo was Edo, and time was told by the tolling of bells across the city. The author presents Tokyo as a "timepiece," with each different neighborhood representing the site of an ancient temple hosting its own singular sacred bell, delineated in Hiroshi's work. Moving structurally from neighborhood to neighborhood, Sherman whimsically maps the city for readers, chronicling her encounters with the locals, including the owner of a small coffee shop with whom the author built a significant friendship. Sherman also explores the myths of the shogunate and illuminates the personal histories of the monks, bell-ringers, and other interesting characters she met along the way. Throughout her lyrical journey, she follows in the footsteps of Hiroshi, eschewing railroad travel in favor of tracing on foot "areas which bells could be heard, the pattern on a map looked like raindrops striking water." The author's own layered process mirrors the city's complexity, nonlinearity, and frozen beauty. The bells were not always easy to find, but Sherman was determined, and she successfully brings into focus their elusive stories, which point to an appealing past in a city that has moved rapidly into the future.Sharp attention to detail and a deliberate pace give this singular narrative history the sense of a shimmery, vanished past.’

‘Absorbing. Intriguing. The Bells of Tokyo will be read and enjoyed far beyond Japan. Every reader will want to relive Sherman’s experiences in the city.’

‘An enchanting read, drawing you into Sherman’s Tokyo world in a way that makes you wonder why you shouldn’t fly there right this minute, with her book as the only guide you’ll ever need. Compelling observations of Japanese culture, language and history... a travelogue mapped by the city’s bells through time. We are privileged to visit the bells that still exist alongside Sherman’s own journey, and to discover the empty spaces ... which draw us deeper into the life of the city as it was and might have been. This book invites us to consider what resounds and remains in our imagination when time eradicates the known. The portraits of each section of the city are finely detailed, and are enhanced by the essaying on the meaning of time, language, history: a surprise at every turn.’

author, Habit of a Foreign Sky, The Unwalled City